Parsnips are the ultimate winter vegetable. Whilst they aren’t the easiest to grow, once they get going they are happy to sit in the ground through Winter, and in fact the colder it gets… the sweeter the parsnips get! Here’s a delicious and simple sweet side dish recipe for your parsnips.

1.) Cut the parsnips into quarters, or if very large cut into 6 long thin pieces. Pop them in a large pan and bring to the boil. Once boiling turn down the heat and simmer for 5 minutes.

2.) Drain the parsnips in a colander and then pop the colander back over the pan to let the residual steam / heat dry off the parsnips.

4.) Take out the tray and lay the parsnips out top to tail with each parsnips. Making sure there is room between each and they aren’t touching ideally. (Take care with the hot oil.)

5.) Lightly sprinkle over the flour, dusting over as much of the parsnips as possible.

6.) Drizzle over the honey, trying to get similar amounts on each parsnip as you go. But don’t worry too much. 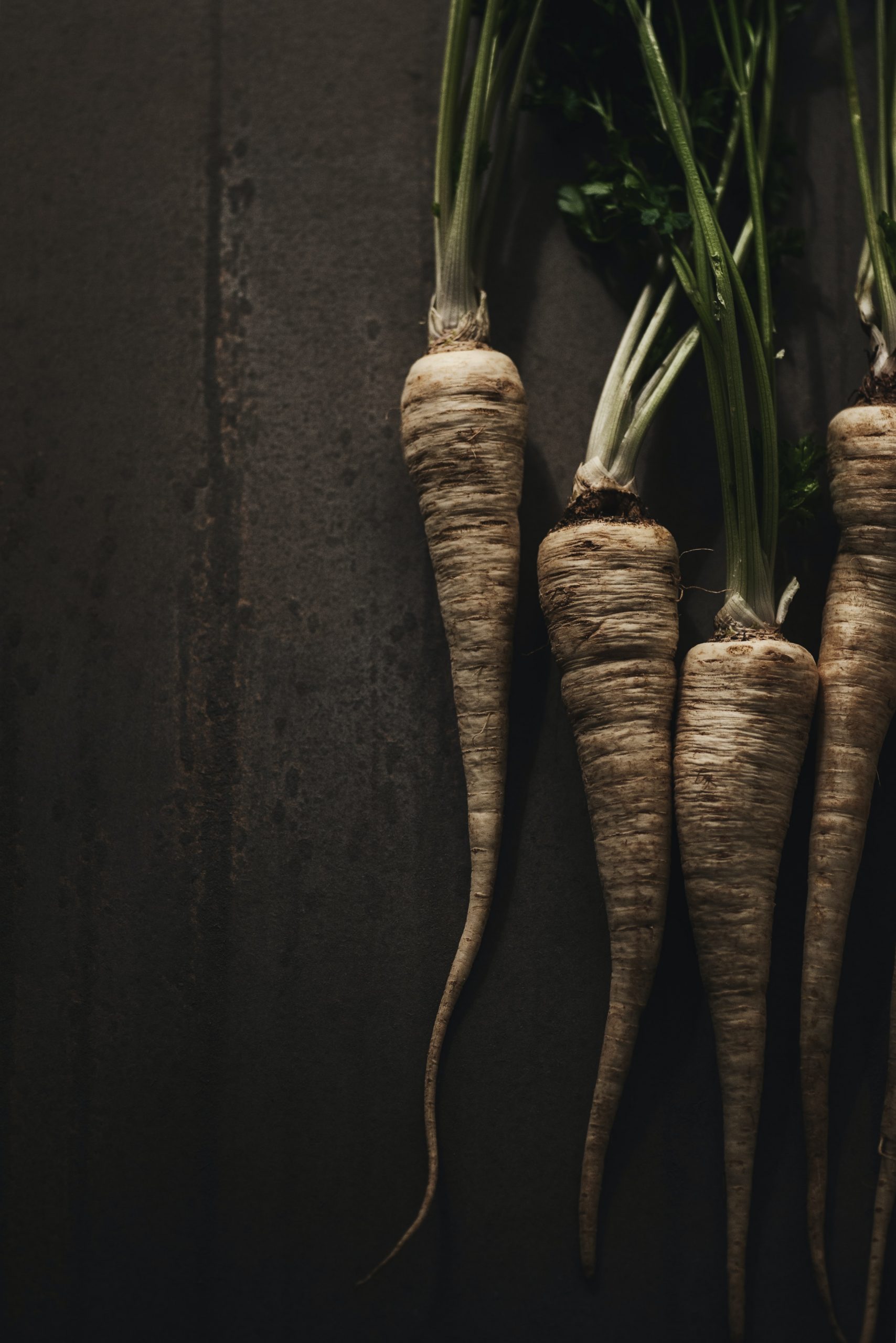 7.) Pop a few knobs of butter into the tray too, and then put into the preheated oven for 40 mins. At 20 mins (halway through) take out and carefull turn each parsnip so the honey glazed side is facing down.

8.) When the timer goes off for 40 mins, take the tray out and carefully use a spatula or similar to scrape the parsnips from the tray. Serve with your meal and enjoy the delicious sweetness. 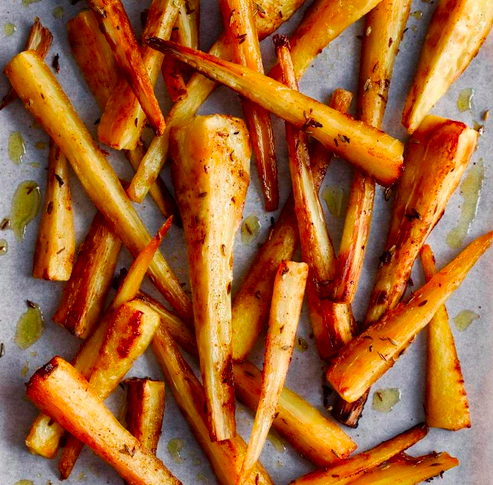