One thing we were told by the planning regulations passed to us is where our static caravan had to be “sited”, where it had to go roughly, and we wanted it overlooking the farm so that left one position.

Which was down about 20 metres of wet, soggy, and now boggy clay. The landy hadn’t managed to travel across the three metres of it, so I don’t know why I was surprised when the static caravan company said… “Nah can’t drive on that mate, you’ll have to build a track won’t ya!”

Oh yeah, sure, let’s build a track… That can’t be hard can it… dig a hole, bit of rock, drive across. Surely it can’t be difficult.

First part of that.. Ok, dig a hole… Well the track is going to be about 20 metres long, we can;t do that by hand let’s get a digger in. Oh wait, I’ve never used a digger before. To Youtube!!

In honesty we did of course do a bit more research, we worked out the detailed stages of building the track. Drew up estimates of the cost, swallowed hard and couldn’t believe how much it costs, and then phoned a digger hire company.

We were excited, the day of the digger and dumper truck arriving was here and it meant we could start to build the track.

We had booked in the delivery of MOT Type 1, a sub-based hardcore or “rock” that would be used to build the track, and had bought something called Terram which is a membrane put down between the hardcore and the clay to prevent it just sinking into the ground and to stop moisture coming up and disrupting the track once settled. 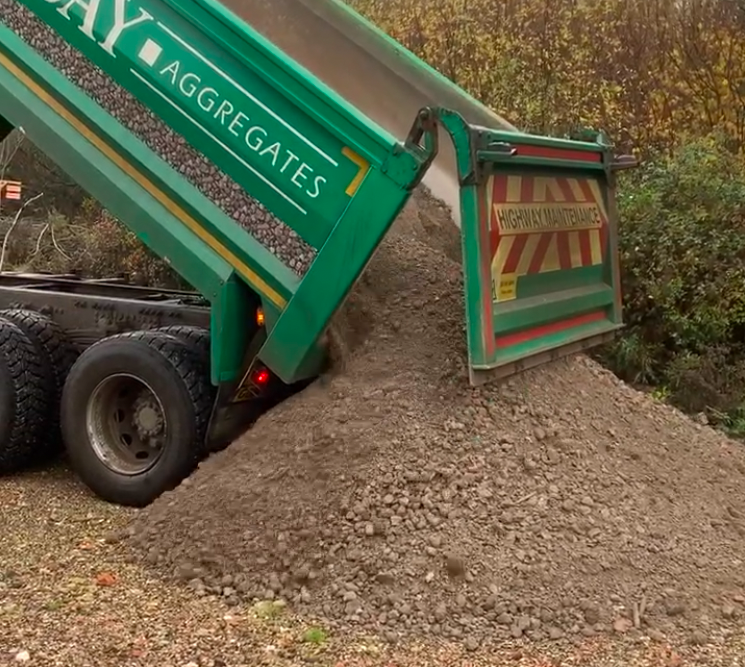 The digger turns up, and the driver Tony (who had no idea what he was letting himself in for by becoming our regular delivery driver) dropped off the equipment.

“Do you know how to use it?” He asked us when driving it off the truck… Now I am not proud of the next words I said, but I was worried at the time that you couldn’t hire equipment like this without experience. So I said “Oh yeh of course mate, used to use them all the time on-site.”

I must admit, I lied! And what a stupid lie it was… You don’t need to have experience to hire a digger, if I had said “no I hadn’t”… Tony would have taught me how to use it from his 25 years of experience. But no… I had to say I had used one loads of times and therefore he packed up, wished me luck and drove off.

Okay, here we go then, let’s start this up… Turned the key, it didn’t start. “They’ve given us a dud I thought…”, tried again, literally nothing happened.

Ok smartphone out do I call back Tony and eat humble pie, orrrrr maybe there’s a tutorial on Youtube. Which of course there was, and first thing it said… Lower the safety bar to allow the ignition to start the digger. 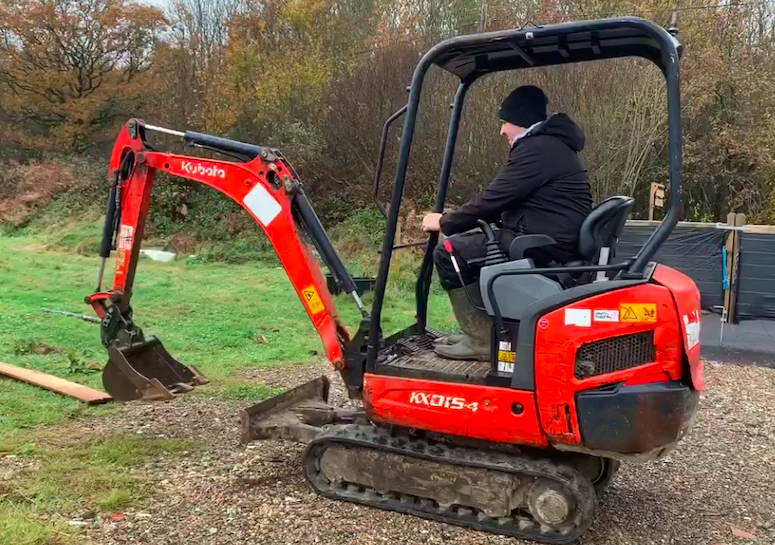 I then did proceed to learn to use a digger with a youtube video, yes it might have been the harder way to go but it did eventually work. If you have ever used one before you will know it’s not a natural feeling. Some of the controls that make the arm of the digger go forward and backward are controlled by two joysticks and some of the forward / backward motion of the arm you need to move the joysticks left and right… which took a lot of getting used to.

Then working out how to change the bucket size on the end of the digger arm… back to youtube. But after a long while and lots of just digging a hole, putting it back in, digging the hole again I finally mastered it and was able to start properly.

Now after hiring many a digger on the farm I actually really enjoy it, I feel like the term “Big Boys Toys” is never more true than when you are sat on a digger moving the joysticks and able to move earth with such power. We recently hired a “man and a digger” to do some work for us and I was actually quite sad that I didn’t get to do it. So it’s safe to say I eventually got the hang of it… thanks random people of Youtube.

Now on to building a track. 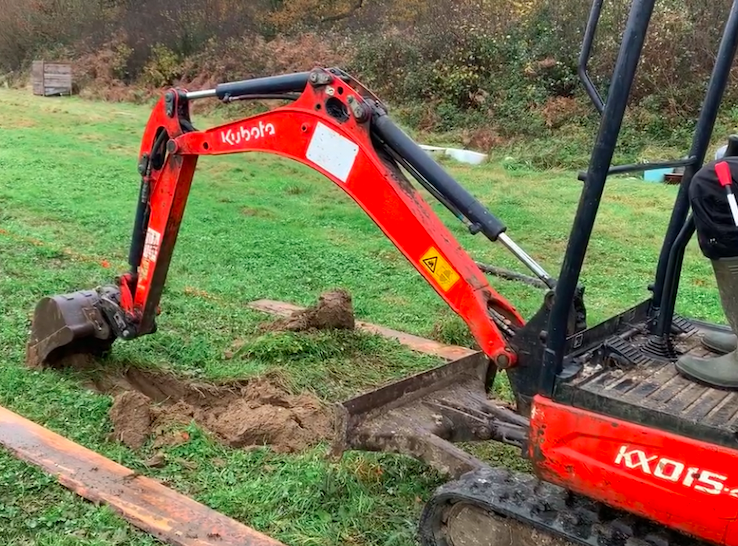